Carlos Ramirez, of Chilean origin, is at the crossroads of several cultures, those of the North and the South. Born in Santiago de Chile, he arrived in Belgium at a very young age and studied in Brussels, where he attended the Royal Academy of Fine Arts and the Academy of Watermael-Boitsfort with Paul Gobert before pursuing advanced studies in painting with Maio Wassemberg. He is impregnated with Latin American culture, but also with the two main components of “Belgianness”. He has created several murals (Etterbeek-Ixelles Hospital), thus giving concrete expression to his desire to be an urban painter.

mythological creatures from southern Chile in a series of linotype engravings. He does so motivated by transforming the unconventional narratives of the contemporary, like a contemporary, as a new twist on our postmodern understanding by reintroducing cosmogonic ideas from the other side of the world into our daily lives. from the end of the world in our European imagination. 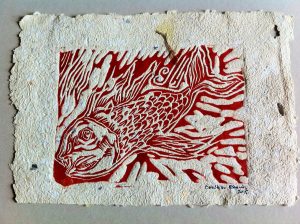 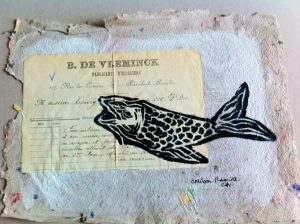